The Bredala Box Goes Around The World 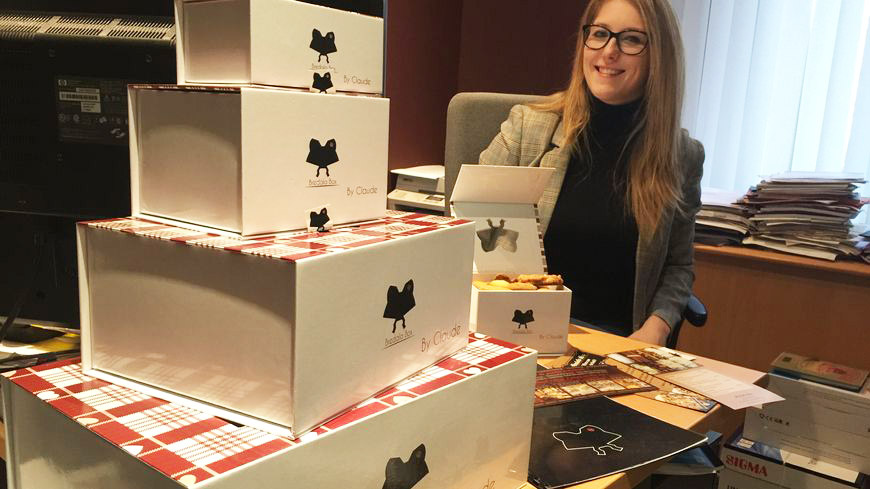 It is often by chance that we have the best ideas. Marine Claude, a Colmarian, returns from a trip to Peru, she brings back local cakes to her parents… unfortunately they arrive in pieces.

To avoid this mishap, the young woman decides to create a box, which allows you to take her cakes on a trip, without damaging them. This is where the Bredala Box was born

Traditional Biscuits In A Box In The Colors Of Alsace

Marine’s father owns five bakeries in Colmar. During the Christmas period, but also the rest of the year, he makes bredalas or bredeles, according to a family and artisanal recipe. After a year of work, Marine Claude manufactures a box, the Bredala Box, in special food cardboard, which allows the cookies to be stored for 30 days.

I have shipments in France, but also in Europe, Spain, Germany. I also sent to Dubai and even China, ”Marine Claude

A pretty box in Alsatian colors, with the headdress and the kelsch, the traditional Alsatian tablecloth.

The Bredala Box Goes Around The World

There are 4 different box sizes, they range from 80 to 650 grams. The Bredala Boxes are sold in the 5 family bakeries in Colmar, but also on the internet. A success that goes beyond French borders. Marine Claude sells it in China, in Europe, but also as far as Dubai. A box that symbolizes sharing and Alsatian tradition.